The amazing Urban Nirvana was the studio, gallery, and gardens of artist Christine Sibley. This technicolor oasis was located at the corner of DeKalb Avenue and Waddell Street during the 1990s. Sibley was known primarily for her pottery and also designed the decor for several Fellini's Pizza and La Fonda restaurants. These photos were taken in August 1992. 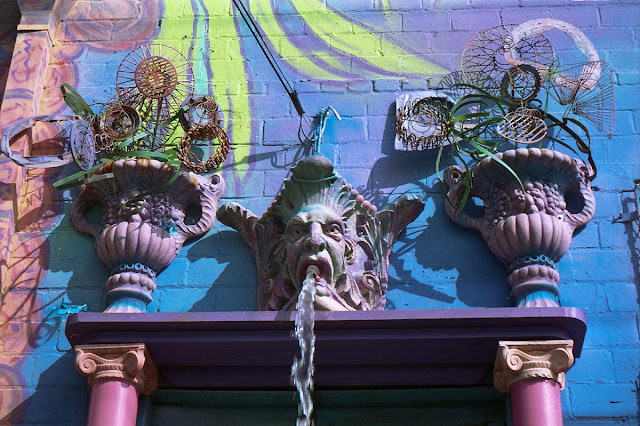 These first 8 photos were taken on the side of the building that faced DeKalb Avenue. Waddell Street is to the left. 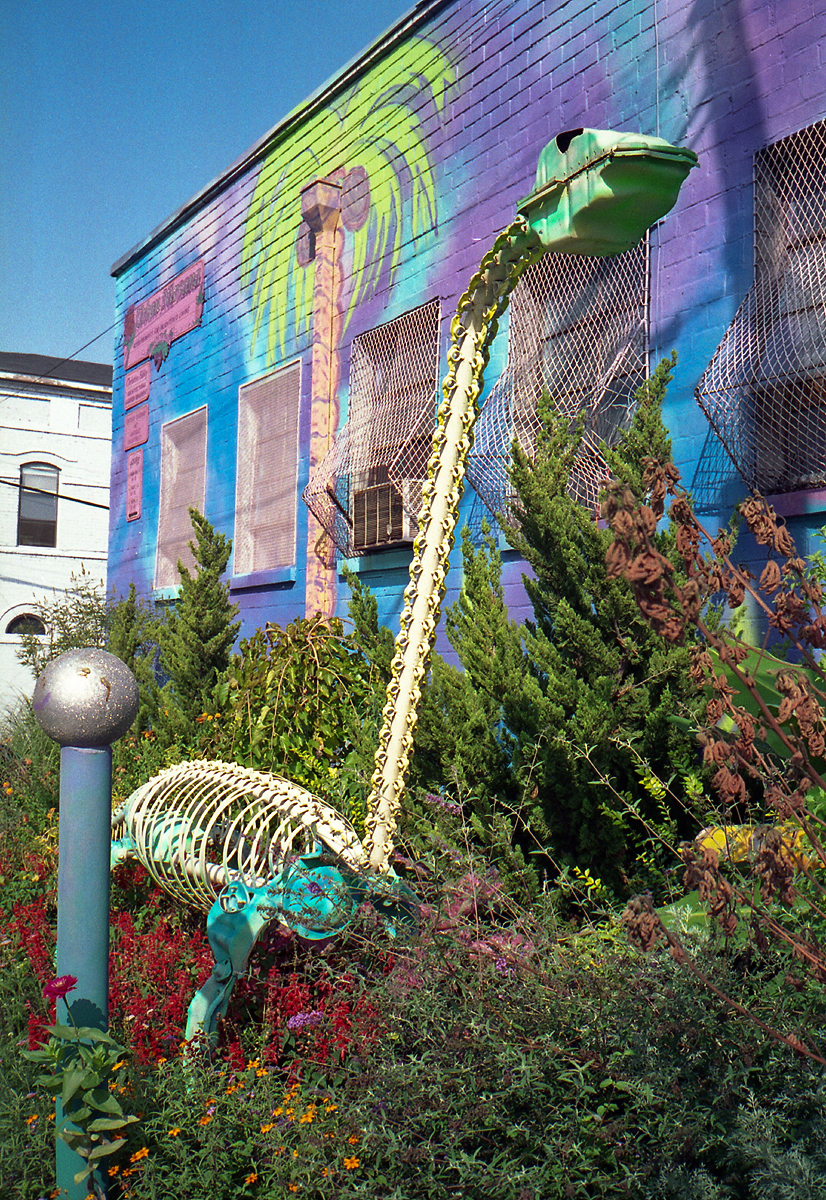 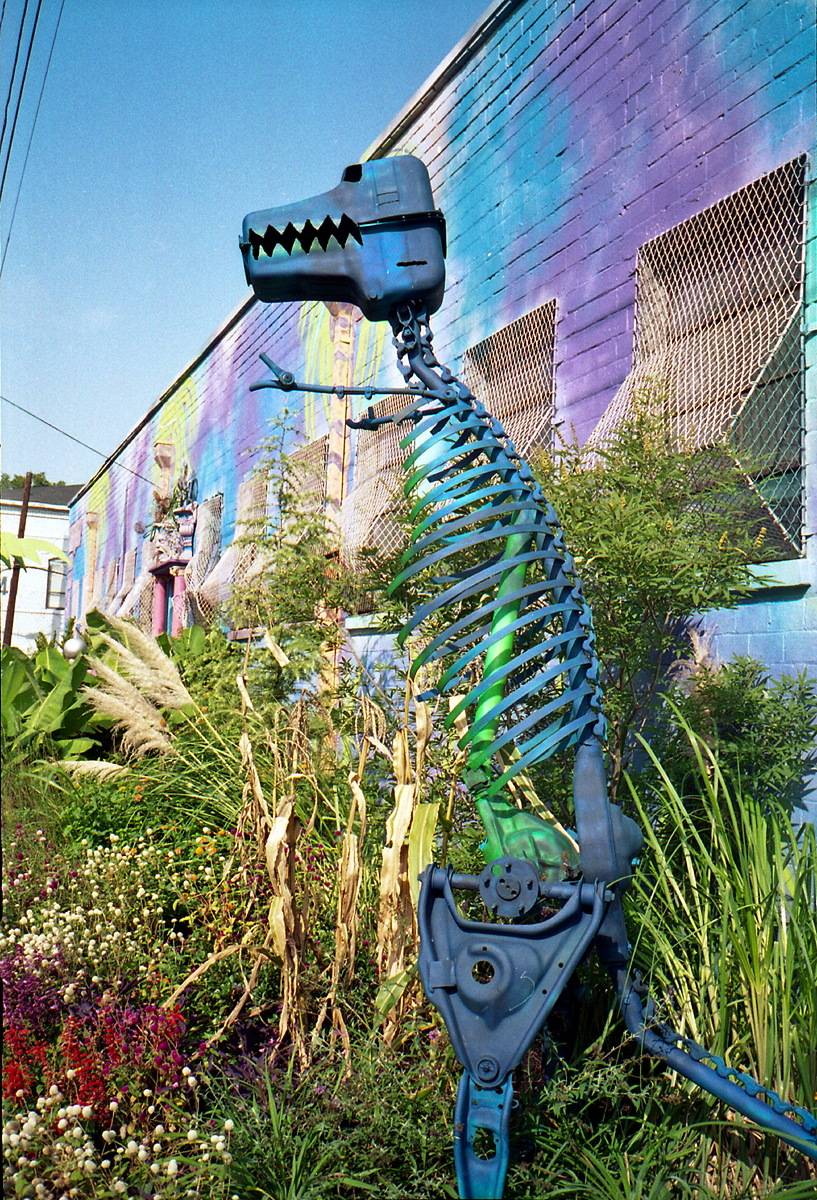 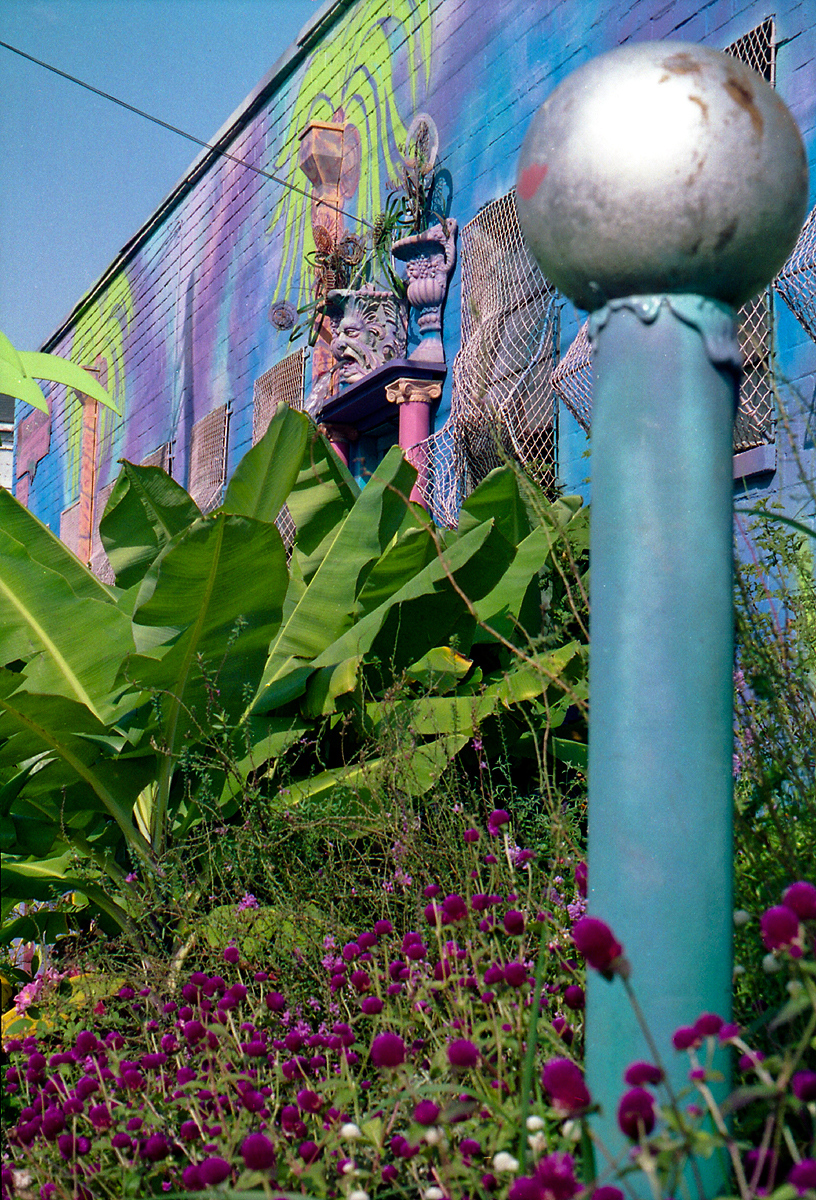 The telephone pole in front of the building was decorated as a palm tree! 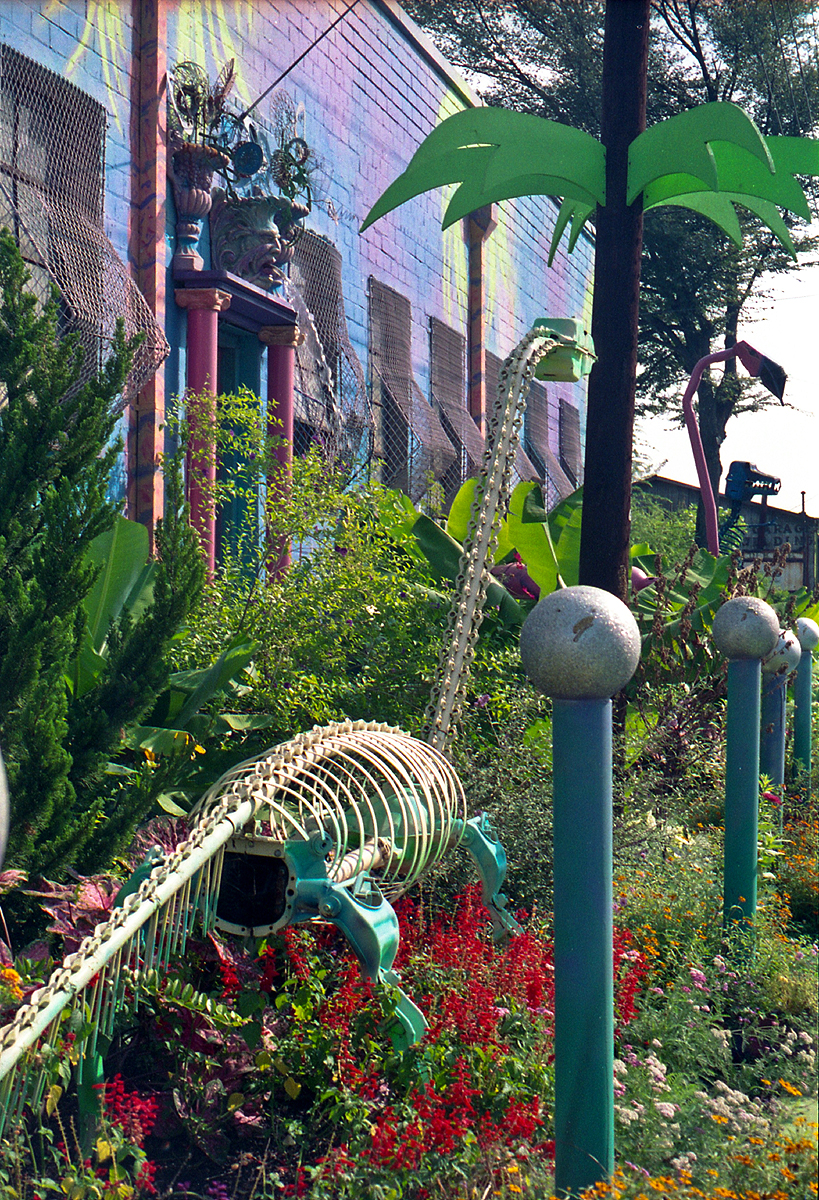 This fountain is below what must have originally been the front door of the building. 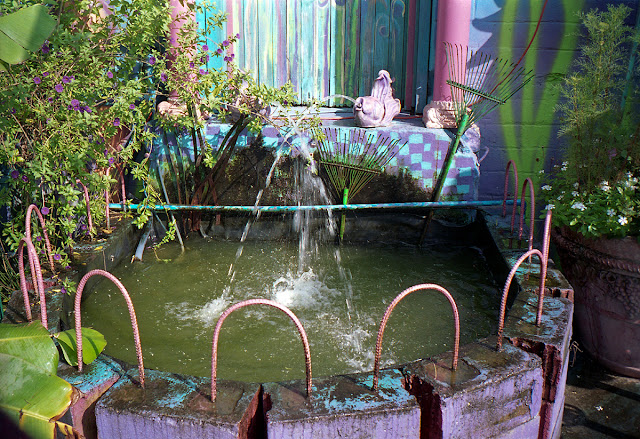 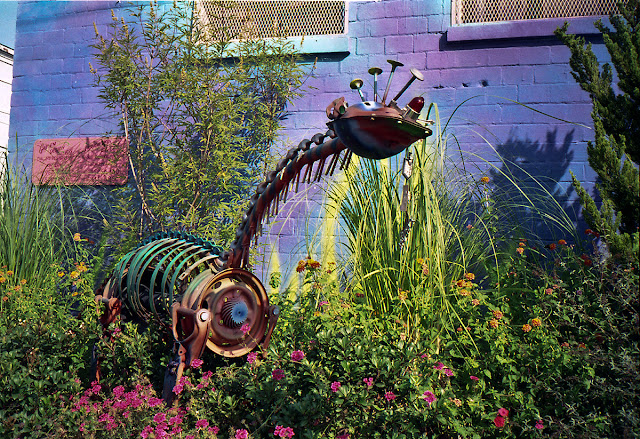 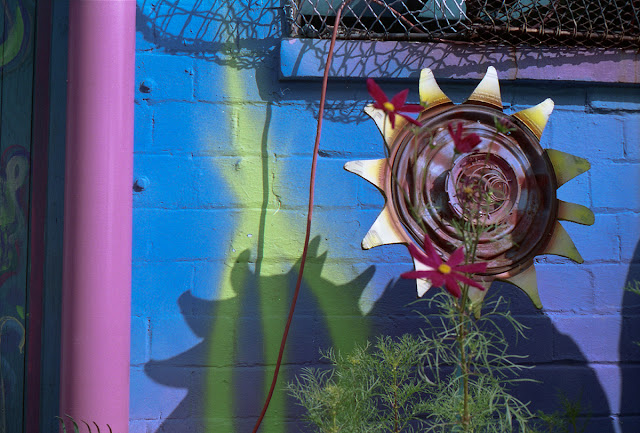 This is part of the garden behind the building. In the pens to the right were peacocks, goats and chickens. 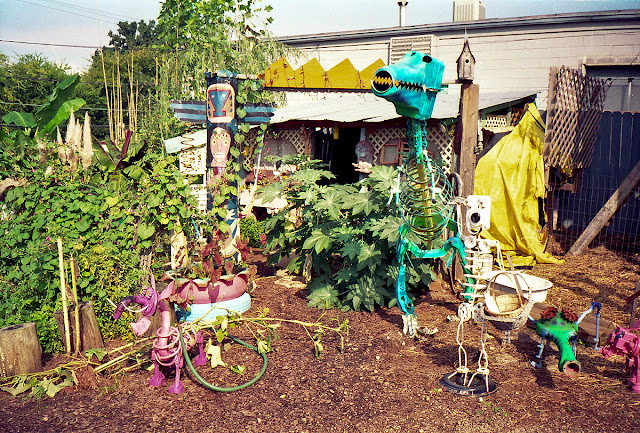 Sunflowers were painted across the back side of the building. 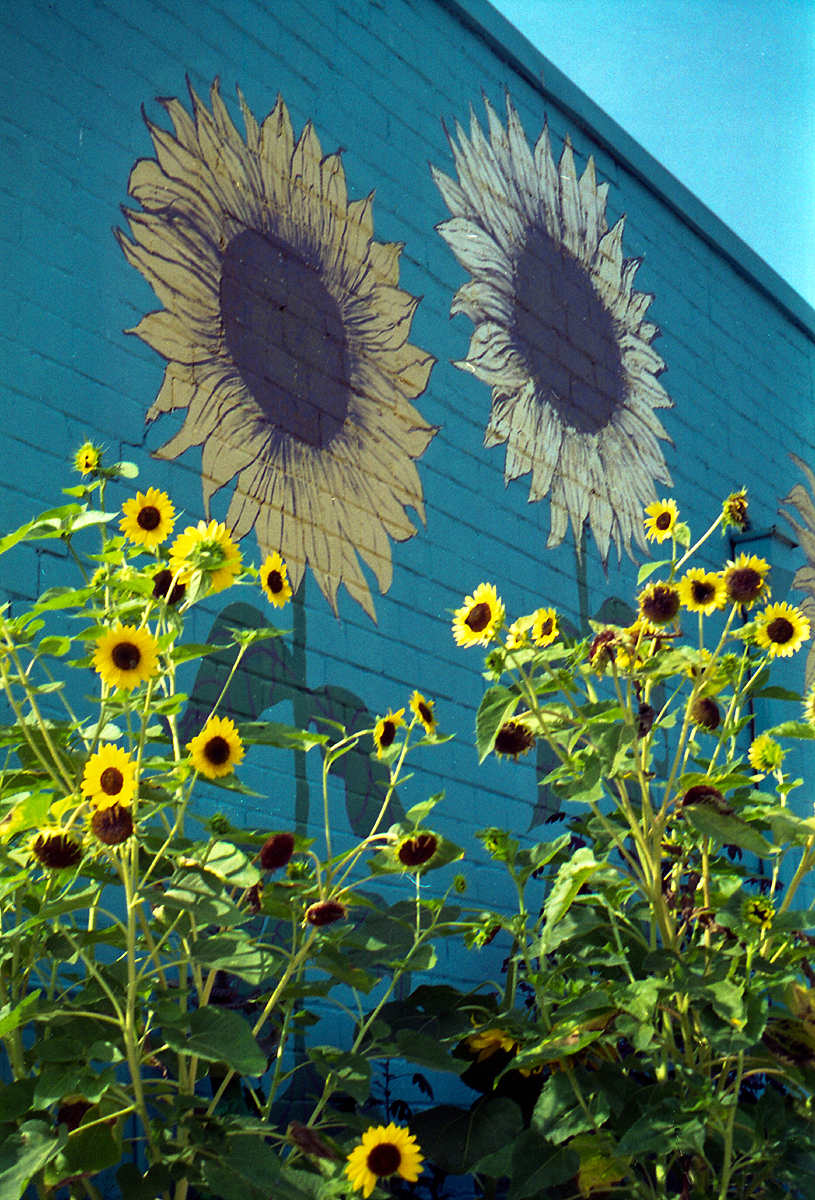 Urban Nirvana was a magnet for artists and musicians and appeared on album covers and in several music videos. "Blue Garden Party" was a Super8 film that I shot there in 1992.


Atlanta band Ultrababyfat shot much of the video for their song "Twist" in the garden behind the building. 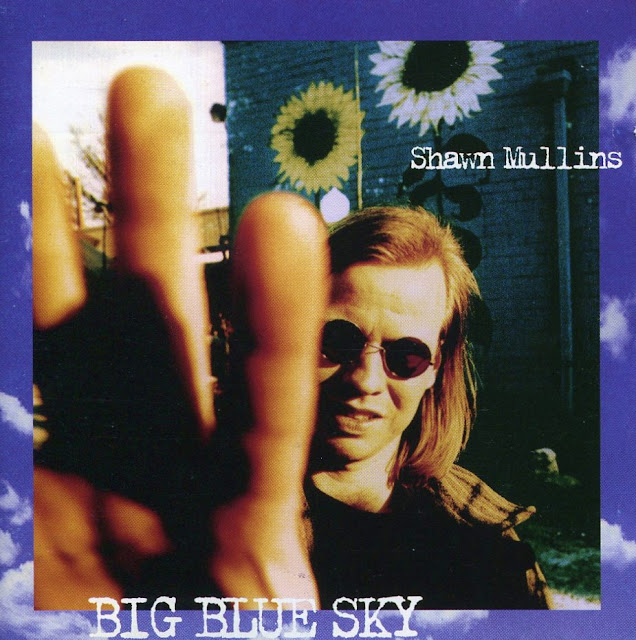 All good things must come to an end. Miss Sibley was seriously injured in a near-fatal auto accident in 1998 and, after months of difficult recovery, sold the Urban Nirvana property in September 1999. Sadly, she passed away a few months later at age 51.

Urban Nirvana was my favorite place in Atlanta during the 1990s. Revisiting the site nearly two decades later was truly depressing. So what is there now? Altogether now: just what we need... MORE CONDOS! Here is the former site of the garden: I try to keep an open mind when it comes to the recent rash of condominiums in Atlanta. After all, people have to live somewhere and this location is hard to beat. Maybe I'm too idealistic and critical when assessing current architectural trends, but in this case, even the owners seem to be sheepishly trying to hide this building from public view. 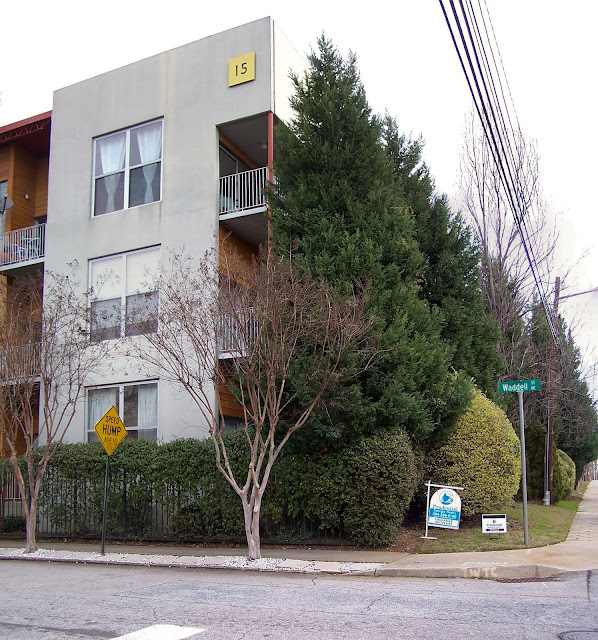 The telephone pole that had once been decorated as a palm tree is apparently all that remains. 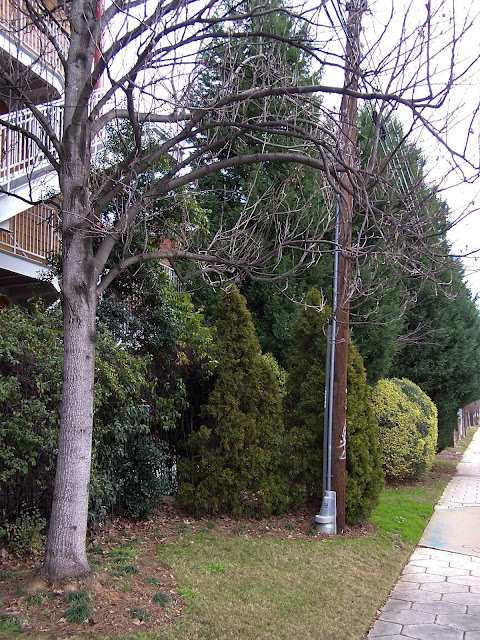 The view on Waddell Street in January 2012: 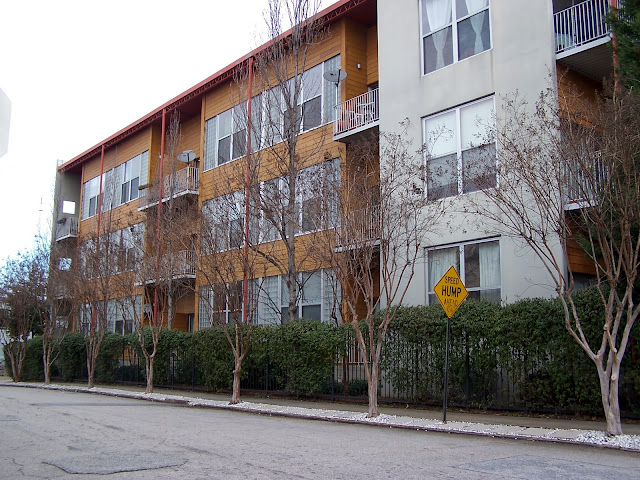 View Larger Map
Posted by Zeus at 9:22 AM